Jamaica’s National sub-Project under IWEco focuses upon the Negril Great Morass, the second largest wetland in Jamaica and one of the largest natural coastal wetland ecosystems in the Caribbean. It supports internationally significant species, many of which are found nowhere else.

It is the largest of the eight national sub-projects in IWEco with $3,114,685 USD in funding from the Global Environment Facility, $10,343,678USD as co-financing from other sources, and an estimated $438,413 USD in government support. It has a four-year implementation period. 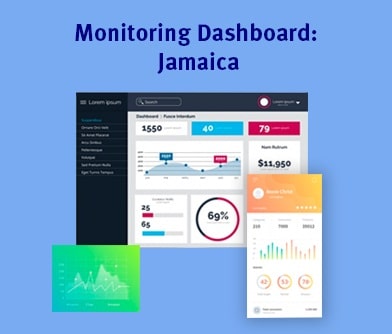 The wide range of stakeholders involved in this project highlights the value of the biodiversity resources in terms of economic development opportunities as well as their importance for sustainable livelihoods. An essential part of the Project is the development of an integrated management/restoration plan for the Negril Environmental Protection Area during the initial stages of the project which would serve as the basis for coordinated communication and action amongst all stakeholders.

The Project Cooperation Agreement was signed between Jamaica and UN Environment Programme in July 2018 and the Project was formally launched in a ceremony which took place in Negril, Westmoreland on 29th November 2018. It was well attended by project stakeholders, including representatives of the National Environment Planning Agency (NEPA) which is responsible for project implementation; the Negril Chambers of Commerce; the Water Resources Authority; the Negril Environment Protection Trust, the Rural Agricultural Development Authority, and the Negril/Green Island Local Area Planning Authority in addition to local schools. 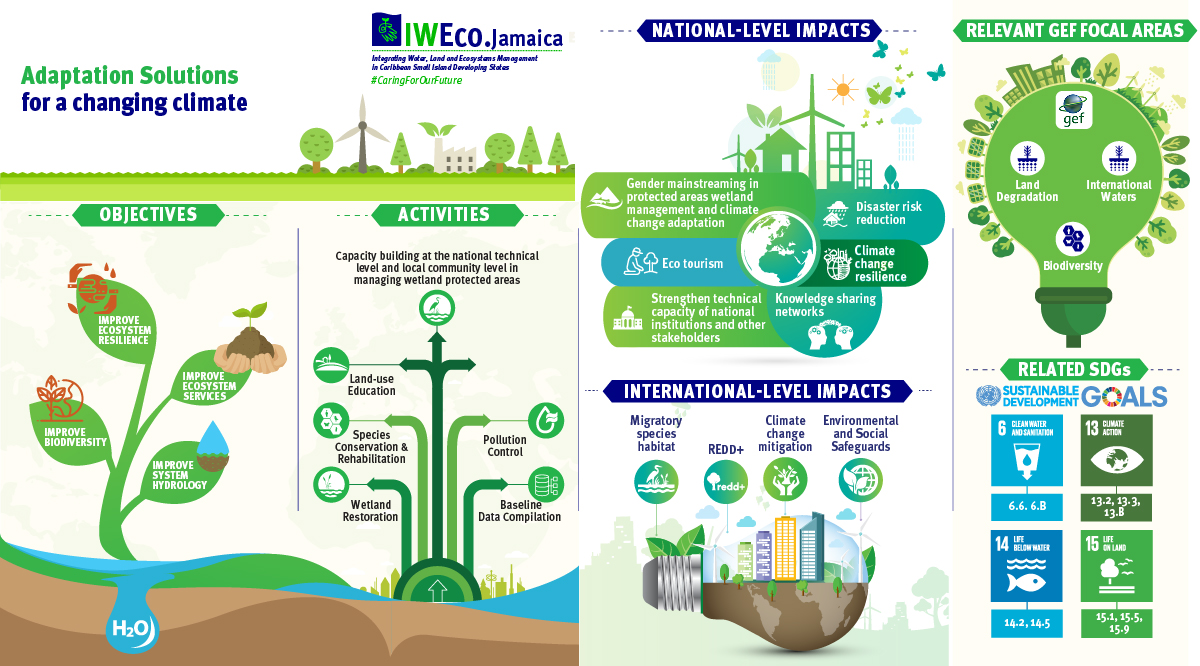 Snapshots of Biodiversity in Jamaica: 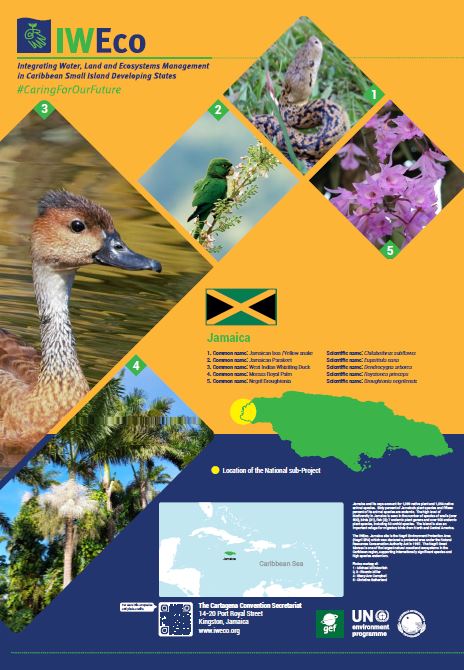 Jamaica and its cays account for 1,099 native plant and 1,094 native animal species.  Sixty percent (60%) of Jamaica’s plant species and fifteen percent (15%) of its animal species are endemic.  The high level of biodiversity in Jamaica is seen in the number of species of snails (over 500), birds (31), fish (3); 7 endemic plant genera and over 900 endemic plant species, including 60 orchid species.

The IWEco national sub-project site is the Negril Environment Protection Area (Negril EPA) which was declared a protected area under the Natural Resources Conservation Authority Act in 1997.  The Negril Great Morass is one of the largest natural coastland ecosystems in the Caribbean region, supporting internationally significant species and high species endemism.   The island is also an important refuge for migratory birds from North and Central America.

Brief description: The Jamaica Boa, aka the Yellow Snake is endemic to Jamaica and can be found living in the Negril Great Morass where it spends most of its time in trees. It is the island’s largest native terrestrial predator and kills its prey by constriction. It is not venomous and poses no threat to humans; its diet consists of rats, lizards, bats, frogs and small birds.  The species is considered beneficial to farmers because they hunt and kill rats which would otherwise damage their crops. They are nocturnal and hunt at nights, waiting patiently before ambushing their prey.

Brief description: The Jamaican Parakeet is endemic to the island of Jamaica.  It is a fairly small parrot with a relatively long and somewhat pointed tail, brownish cast to the breast and whitish eye ring.  They are often seen in small flocks; also in pairs. The Jamaican Parakeet is common in the Negril Great Morass where they feed on a variety of plants - leaves, seeds, grains, nuts and fruits.  They are of ecological significance because they help to propagate forests by spreading seeds when they feed.

Brief description: The West Indian Whistling Duck is restricted to the Northern West Indies and is listed as ‘Near Threatened’ by the International Union of Conservation of Nature (IUCN). It is nocturnal and roosts during the day in mangroves, wooded ponds and marshes, feeding primarily at night. It is considered the largest and darkest of their genus and produces a loud shrill whistle ‘pip-pip-pipweeeeeeaaaaa’ usually given when agitated or in flight. The largest locally known population of West Indian Whistling Duck is located in the Negril Royal Palm Reserve where they rear chicks, forage and roost.  They are ecologically important because they spread seeds of wetland plants in the Negril Great Morass.

Brief description:The Morass Royal Palm is endemic to Jamaica; its distribution is restricted to the Negril Great Morass and other wetlands in western St. Elizabeth and Westmoreland. It provides habitat for many wetland species of ecological significance and grows to a height of 20 metres (66ft). Its trunk is grey-white in colour and the upper portion of the stem is encircled by leaf sheaths, forming a green portion known as the crown shaft. Inflorescences bear creamy, yellow male and female flowers.

Brief description: The Negril Broughtonia is a small sized epiphyte native to Jamaica and is named after the town of Negril in Western Jamaica. It grows well in hot and dry conditions and is endemic to coastal areas where it grows on trees or limestone rocks in forested areas. Flowers of the Negril Broughtonia are 2-2 ½ inches have a large lip that is prominently marked by dramatic veining with up to 15 flowers growing on each stem; large mature plants can bloom several times per year. 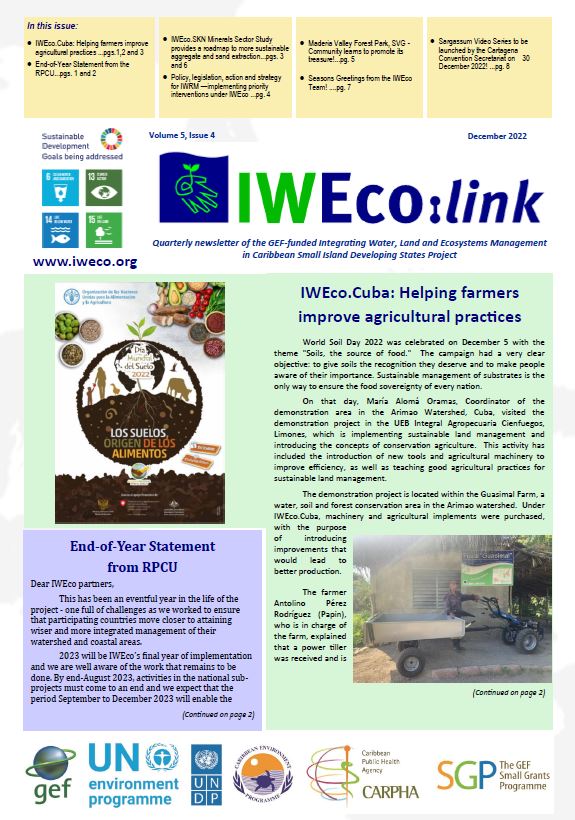 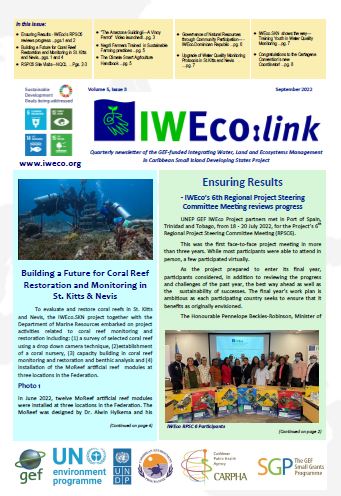 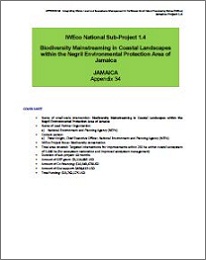 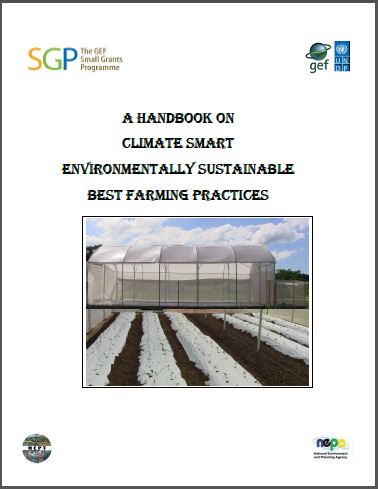 A handbook of climate smart, environmentally sustainable best farming practices prepared by NEPT with the support of GEF SGP and the GEF IWEco Project. 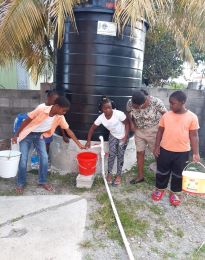