From Shifting Cultivation to Shifting Minds 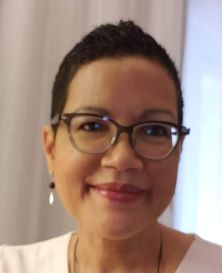 One of my clearest recollections from school was a Geography assignment to write a brief description about “Shifting Cultivation”.  I don’t remember what I wrote …but the process -  the research, the realization that many people on this planet live so precariously – their survival depending upon finding the next available piece of land that can support a crop or two for a year or two before having to move on again… and this in a world where some had, in contrast, so much… was a life changer for me.

The further realization that, in such situations, concerns about land degradation and soil erosion must seem very abstract and unimportant, highlighted to me the complexity of human and environmental issues and interactions.  It seemed to me that people must not only have better opportunities, they must also understand the interconnectedness of life, how what we do affects the environment in which we live, and be prepared to collaborate to find solutions in a world where the struggle between environment and development is perpetual.

The perceived and real conflicts between development and environmental conservation, understanding why there can be such great resistance to change, even when all evidence points to the need to change the way we do things or perish… these are recurring themes as I work as a communicator for sustainable development, to bring about positive change.  I believe in the power of storytelling… as witness, as explainer, as spotlight, as motivator.

The GEF IWCAM Project, with which I worked from 2006 – 2011, was a gift to me. In the course of first promoting integrated approaches to land and water management, then later documenting experiences, lessons learned, and best practices, it seemed to me that there was a lot to be hopeful about.  I felt privileged to witness the work itself, as well as the transformations which took place in nine different demonstration projects across eight countries.  It is for this reason, that many of the IWCAM products have been published in IWEco’s new website – in some cases they tell the stories of project interventions; in others they remain valuable resources, some of which can be built upon in IWEco.

Now working on the GEF IWEco Project, I am conscious of the same precariousness that I felt as I wrote about “Shifting Cultivation” so many years ago.  Almost eight years after IWCAM, it can sometimes seem that not much, if any, real progress has been made and that many of the gains made then have not been sustained, and in some cases have even been eroded.  I think in these Caribbean Small Island Developing States we understand “fragile” and “small” and “finite”’ - what we don’t always get is how we can make a difference …bridging that gap between awareness and action can seem impossible.  It is for this reason that telling the stories of the IWEco Project is more important than ever.

IWEco has projects in eight countries which are mainly in their early stages.

Already we can tell you how Cuba, from day one, had the vision to come up with a logo which could inspire us all – we liked it and we made it the Project’s regional logo, then went so far as to adapt it so that every participating country has its own version. It’s a logo which therefore represents not just the Project …it’s also a source of reflection and motivation.  Cuba went on to promote it with music and has already produced at least four public education videos.

In Saint Lucia, the people of Fond St. Jacques and Migny in the Upper Soufriere Watershed are, with the help of the Forestry Department, learning how to manage the land more sustainably.  They have set up a plant nursery which supplies fruit and forest trees for planting on slopes which were previously left bare or planted with dasheen, which although a food crop, could not protect the soil from erosion…or from the devastation brought by Hurricane Tomas in 2010.  More than 4,000 trees have already been planted on denuded slopes and vulnerable river banks.  This vibrant community also has plans for an Agro-Tourism Park which could present endless opportunities to reconcile conservation practices with economic benefits to the community at large.

In Trinidad, two NGOs, the Trust for Sustainable Livelihoods and IAMovement, are working together as well as with the national project to rehabilitate former quarry sites, and in so-doing, building capacity amongst a dedicated group of “Rehabilitation Champions”.  It seems to me that every blade of vetiver grass planted represents hope for better soil conservation, for increased carbon sequestration, for helping somebody make a better living as participants learn to make soap, baskets and fragrances out of this versatile grass.

We have a responsibility to tell these stories in a way that enables us to share the complexity of challenges as well as the processes involved in finding solutions. We have a responsibility to be realistic but encouraging.   It is in sharing examples of what is possible and in telling the stories of ordinary people who find a way to make a difference that we spread hope and make the change to which we all aspire.

Donna Sue Spencer is a communications Specialist at IWEco project.