The island of Barbados is divided into two distinct geological regions. Eighty-six percent of the island is made up of a karst landscape laid down in a series of limestone terraces, deeply incised by numerous gullies and honeycombed by a complex underground cave system. The remaining land area comprises the sedimentary deposits of the Scotland Series. These oceanic rock layers are highly folded and faulted and are very susceptible to erosion. Large scale land slippage is common in the Scotland District. In spite of this the island is relatively flat, with the highest point being Mount Hillaby at 336m. The 92 km long Barbados coastline has an interesting diversity of land and seascapes. The Atlantic coast faces the trade winds. It is continually exposed to high wave energy and contains the most rugged elements of the coastal landscape. Reef development is minimal offshore but there are extensive areas of limestone pavement dominated by sea fans. In contrast the Caribbean coast whilst backed by limestone cliffs has a very different aspect. The protected bays and shoreline were the preferred sites for trade, commerce and early settlement. More recently the sandy beaches, fringing reefs and relatively calm waters have been the focal points for the important tourism industry. Industrial facilities are located along or near to parts of this shoreline. 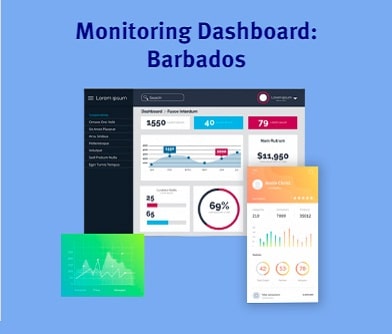 Barbados is among the most water-scarce Small Island Developing States in the world due to its limited water availability and high population and demands. Pollution of its kharstic aquifer and high-density development along the western corridor are major concerns.

The main land management concerns are focused in the Scotland District in the northern part of the island. This area is particularly prone to erosion given the geology of the region. Development encroachment over the years has resulted in significant landscape modification and protective vegetative cover loss and there have been investments in promoting improved drainage and land stabilization. Land degradation concerns over the rest of the country are associated with quarrying and indiscriminate disposal of waste residues such as oily waste over the landscape.

Given the country’s long settlement history and relatively gentle terrain, the island’s native terrestrial ecosystems have been heavily modified and the biological diversity is relatively low compared to its other island neighbours. Avian biodiversity is best represented. The key threats to biodiversity are land development and forest fragmentation, land-based pollution and proliferation of alien invasive species. 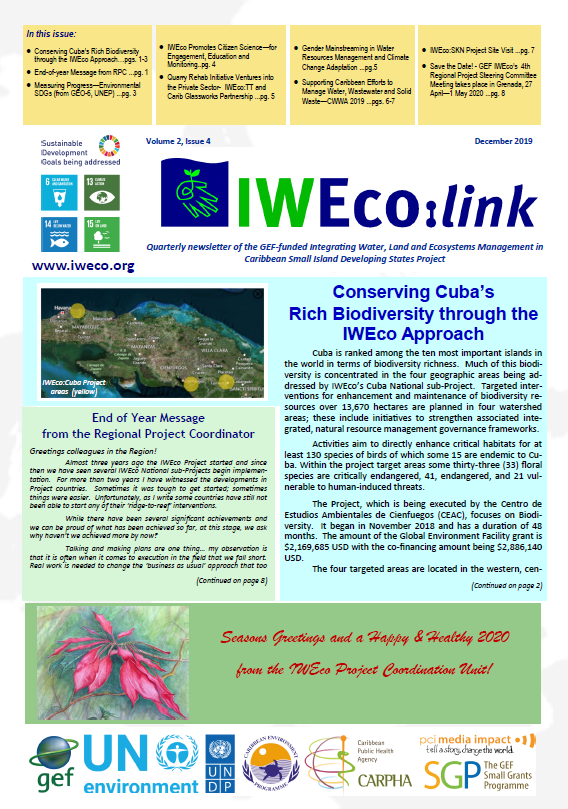 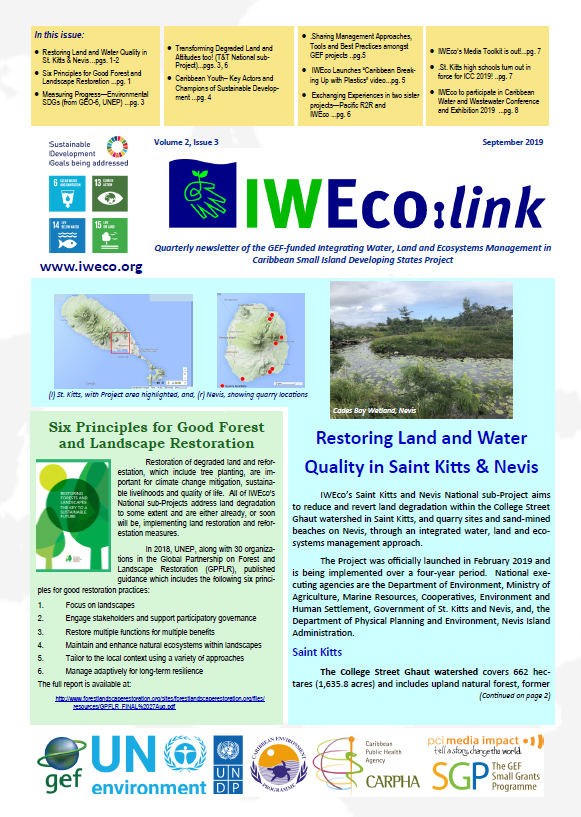 IWEco's newsletter 'IWEco:Link' is produced quarterly by the Project Coordination Unit and describes Project activities and achievements. This is the Spanish version of the September 2019 issue.

Introduction to the IWEco Project

An introduction to the Integrating Water, Land and Ecosystems Management in Caribbean Small Island Developing States (IWEco) Project.  This was presented  by the Regional Project Coordinator at the Project's Third Regional Project Steering Committee Meeting (RPSC3), held in the Dominican Republic Download